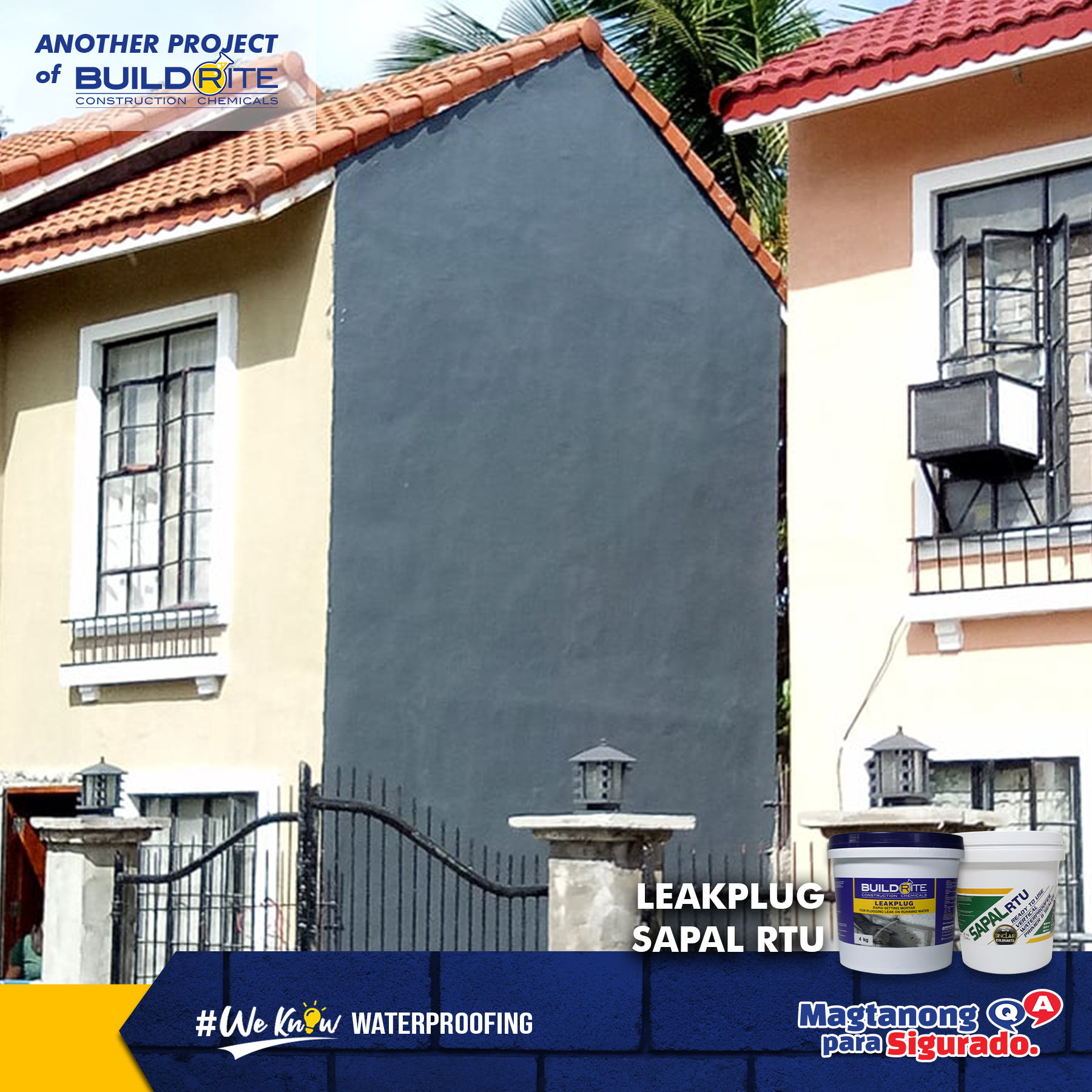 There are many reasons why a waterproofing system fails. It could either be caused by the product used or the wrong methodology of application.

In this project in Parc Regency, Iloilo City, the previous firewall waterproofing system failed due to mixing errors and poor product quality. According to the contractor, Sweden Wu, he used a “popular” brand of two-component cementitious waterproofing for firewalls, but it quickly delaminated just a few months after.

So, Mr. Wu contacted us to ask for a ready-to-use waterproofing system for exterior walls to avoid mixing and application errors. We recommended SAPAL RTU, a one-component waterproofing primer and sealer that can also be used as paint for exterior walls. It is a high-performance, UV-resistant, water-based acrylic coating. It cures into a tough elastic film that can withstand severe expansion and contraction movements because of its outstanding durability, elasticity, and crack-bridging capabilities.

First, they removed all the delaminating waterproofing membrane on the wall before applying SAPAL RTU. They also used LEAK PLUG for the corner joints of the firewall.

Be updated and get notified on our news updates.